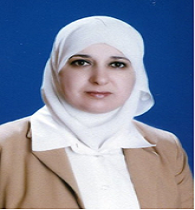 Zeinab M. Al-wahsh is an associate professor of Nursing at the Hashemite University (HU) in Zarqa city, Jordan since 2004 till now. She received her Ph.D. in Adult Nursing and Communities from University of Alabama at Birmingham in the United States of America (2004), a master of General Nursing Education (1996) as well as a bachelor of Nursing (1992) from University of Jordan in Jordan.