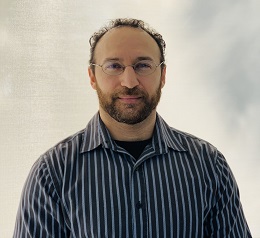 Title: Measuring the Benefits of Mass Vaccination Programs in the United States

Hector Magno is a researcher, data analyst, and software developer. He attended UC Berkeley as a Regent and Chancellor’s Scholar and earned a degree in Computer Science. He also attended UC Berkeley as a National Science Foundation fellow, earned a graduate degree in Computer Science, and received the National Science Foundation Award in Mathematics.

Measuring the Benefits of Mass Vaccination Programs in the United States: Since the late 1940s, mass vaccination programs in the USA have contributed to the significantly reduced morbidity and mortality of infectious diseases. To assist the evaluation of the benefits of mass vaccination programs, the number of individuals who would have suffered death or permanent disability in the USA in 2014, had mass vaccination never been implemented, was estimated for measles, mumps, rubella, tetanus, diphtheria, pertussis, polio, Haemophilus influenzae type b (Hib), hepatitis B, varicella, and human papillomavirus (HPV). The estimates accounted for mortality and morbidity trends observed for these infections prior to mass vaccination and the impact of advances in standard of living and health care. The estimates also considered populations with and without known factors leading to an elevated risk of permanent injury from infection. Mass vaccination prevented an estimated 20 million infections and 12,000 deaths and permanent disabilities in 2014, including 10,800 deaths and permanent disabilities in persons at elevated risk. Though 9000 of the estimated prevented deaths were from liver cirrhosis and cancer, mass vaccination programs have not, at this point, shown empirical impacts on the prevalence of those conditions. Future studies can refine these estimates, assess the impact of adjusting estimation assumptions, and consider additional risk factors that lead to heightened risk of permanent harm from infection.