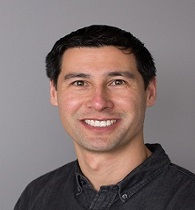 Stephen Lin is a senior science officer at California’s stem cell agency, CIRM.  He joined the Agency in 2015 to oversee the its $32M initiative to create a repository of iPSCs from over 2400 individuals covering both genetically complex and rare diseases, as well as a $40M genomics initiative that applies cutting edge genomics and bioinformatics approaches to stem cell research and therapeutic development.  He is also program lead on a $15M award to create a preclinical research organization termed the Translating Center that focuses on preparing stem cell therapy candidates for clinical trials through support with process development, safety/toxicity studies, and manufacturing.  From 2012 he had been a staff scientist and team lead at Thermo Fisher Scientific (formerly Life Technologies).  Prior to that he was a scientist since 2006 at StemCells, Inc of California in the area of liver cell therapeutics.  Dr. Lin received his Ph.D. from Washington University in St. Louis under Jeffrey Gordon and did his postdoctoral research at Harvard University under Stanley Korsmeyer.