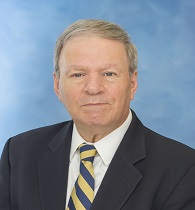 Title: Pharmacologic Management of Bronchopulmonary Dysplasia: Equipoise in the Era of Evidence?

Steven M. Donn, M.D., is a Professor Emeritus of Pediatrics at the University of Michigan. Dr. Donn received his medical degree from Tulane University in New Orleans.  He obtained his training in General Pediatrics at the University of Vermont - Medical Center Hospital, and his fellowship training in Neonatal-Perinatal Medicine at the University of Michigan. He is certified by the American Board of Pediatrics and its Sub-board of Neonatal-Perinatal Medicine. Dr. Donn is still actively involved in teaching and clinical research. He is a member of numerous professional societies, including elected memberships in the Society for Pediatric Research and the American Pediatric Society, and is a member of the American Association for Respiratory Care and the European Society for Pediatric Research. He has been chosen as one of the “Best Doctors in America” since 1994. He is internationally known for his expertise in the management of respiratory failure in newborns.  He has authored more than 230 medical journal articles, edited 35 books and specialty manuals, written over 200 book chapters, and has produced numerous educational materials on neonatal respiratory failure and hypoxic-ischemic brain injury. Dr. Donn has held consulting positions for the U.S. Food and Drug Administration, numerous medical device manufacturers, pharmaceutical companies, and healthcare management corporations, and he is a Fellow of the American Academy of Pediatrics and served as the Chair of its Committee on Medical Liability and Risk Management for 4 years. He lives in Ann Arbor with Paula, his wife of 48 years, and their two German Shepherds, Robby and Anya. Dr. Donn’s extracurricular interests include astronomy, international travel, photography, and spectator sports.