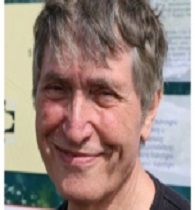 Michael Stark was Medical Director and Head of Ob/Gyn at Misgav Ladach Hospital in Jerusalem, where he developed the Misgav Ladach caesarean section. Since 2004 he is the President of the New European Surgical Academy (NESA). He modified operations like the vaginal hysterectomy and participating in the development of the single-entry surgical operations through the pouch of Douglas and the Trans-Oral Thyroidectomy. He was appointed as Doctor of the year 2011 in Italy and is a honorary member of the Italian Association of Gynecological Surgeons, the Russian association of Perinatal Medicine, as well as the French and Polish Gynecological associations