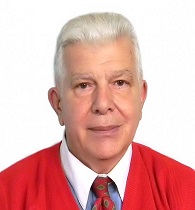 Title: Multisystem characteristic of the Cerebral Venous Circulation Disturbances in women during pregnancy and postpartum period

Ivane Verulashvili was awarded Doctorate of Medical Sciences from the Tbilisi State Medical University (1996). He worked as a doctor-neurologist at the Central Republican Hospital (1974-90). Mr. Verulashvili also served as a professor of Neurological Diseases at the Tbilisi State Medical University (2001-04) and later became a full professor in Neurology at the above-mentioned University (2004-14). Since 2006, he is also the Head of S. Kipshidze Georgian Neurological Society. In 2015, Mr. Verulashvili continued his career as a doctor-neurologist at Kuzanov Clinic.