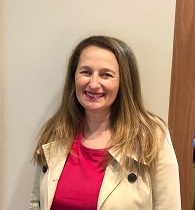 Title: What it means to be a full time carer for a loved one and my carers tips.

Deanna has been a full time carer for her mother who had dementia. Diagnosed in January 2013, they had no debt and Deanna single-handedly looked after her for 6 years at home. Where did she get the fire in her belly to fight for all carers around the world? Deanna has been through hell by unjust government legislation and policies in Australia.  When her mother was dying, she could not access any assistance as Centrelink had lost her financial paperwork 4 times, drowning in debt including $72k on credit cards and a huge mortgage thanks to mandatory council fire orders.  On the 2nd July 2018 the NSW Chief Tax Commissioner threatened to default her mortgage (which means she would lose everything) unless she continued to pay NSW Revenue unjust land tax of $12,000. Deanna is a fighter and won’t stop until justice for carers is deservedly served