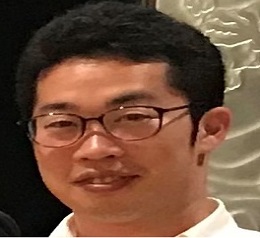 Mr Yuichiro Kondo is a Project Leader at Nephrology R&D Management Office, Nephrology Unit, R&D Division Kyowa Kirin Co., Ltd. Japan. He is Responsible for the management of the R&D project of evocalcet and in charge of many CKD-MBD projects.

In end stage kidney disease, parathyroid hormone (PTH) is increased and promotes proliferation of parathyroid cells and finally causes secondary hyperparathyroidism (SHPT). In SHPT, extremely high PTH induces high-turnover bone disease and accelerates elution of Ca and P from bone which is associated with vascular calcification, fracture and increased risk of cardiovascular diseases and mortality. The secretion of PTH from the parathyroid gland is controlled through the calcium receptor (CaR) which senses slight changes of serum Ca concentration. A compound that acts on CaR as mimic the action of Ca is called calcimimetic. Cinacalcet, the first launched calcimimetic drug for SHPT patients adequately controlled serum PTH and Ca levels and drastically reduced parathyroidectomy (PTx). Additionally, cinacalcet also reduced the progression of cardiovascular calcification and the risk of mortality in hemodialysis patients with SHPT. However, cinacalcet caused gastrointestinal (GI) side effects such as nausea and vomiting, making difficult either continuous use or increase dosage. Such GI intolerability thereby limited the dosage of cinacalcet, resulting in poor compliance or discontinuation.  Evocalcet (MT-4580/KHK7580) was a novel oral calcimimetic compound created in Japan and developed for patients with SHPT and was expected to improve upon several issues associated with cinacalcet. It was shown that the non-inferiority of evocalcet to cinacalcet in suppressing intact PTH with significantly fewer GI-related adverse events in Japanese CKD-5D patients with SHPT.Then evocalcet was launched in Japan in 2018. In this presentation, I would like to outline the history R&D of evocalcet.