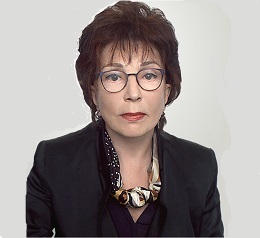 Porphyria cutanea tarda (PCT) and pseudoporphyria are the most common photosensitive vesiculobullous cutaneous entities in hemodialysis patients. PCT is a disorder in the heme biosynthesis that results from a reduction in the activity of enzyme uroporphyrinogen decarboxylase (URO-D) in the liver. The abnormal heme biosynthesis produces a pathogenic accumulation of intermediary metabolites (porphyrins) in the liver, plasma and skin. The symptoms of PCT occur because of the accumulation of photosensitizing porphyrins in the skin. In patients receiving dialysis, PCT has several linked pathogenic mechanisms. The most relevant factors are viral hepatitis C, hepatic iron overload and impaired clearance of porphyrins. Diagnosis of PCT is established by identification of characteristic clinical features and finding a substantial elevation in the level of porphyrins in urine, plasma and feces. Primary management of PCT involves removing susceptibility factors, depletion of iron stores, and reducing porphyrin levels in the liver. We report a case of PCT that developed in a patient on maintenance HD for 8.5 years; 2 more exacerbations were observed in the next 7.5 years. The diagnosis of PCT was confirmed by the detection of a substantial elevation of porphyrins in plasma. The differential diagnosis for PCT included cutaneous erythropoietic porphyrias, two subtypes of acute porphyrias (variegate porphyria, and hereditary coproporphyria), pseudoporphyria, other bullous skin disorders. The relationship between exacerbations with viral hepatitis C activity, iron levels was not always observed. Because of comorbidity, therapeutic phlebotomy was problematic and treatment modality was combination of hydroxychloroquine and haemodiafiltration.