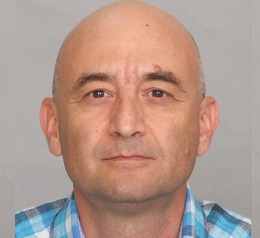 The elderly population in the modern world is growing, and as life expectancy increases, more elderly patients are surviving longer with acute and chronic diseases. Most publications consider elderly patients to be those aged over 60 years. This age limit has gradually increased, leading to a broad spectrum of cut-offs that make it difficult to compare data between series.

Kidney disease is highly prevalent among elderly persons. Many studies have proved that glomerular diseases either primary or secondary are not a rare finding in the elderly. Renal biopsy occupies a prominent place in the diagnosis of renal diseases and though it remains the gold standard for diagnosis, therapeutic management and outcome prediction in patients with renal parenchymal diseases, there is currently poor consensus about proper indications and clinical usefulness of this procedure in the elderly group.

Histology and clinical findings in 219 patients aged over 60 undergone renal biopsy in the Nephrology clinic of University hospital “Kaspela”Plovdiv, Bulgaria between 2010 and 2019 are presented. The elderly patients account for 31.88% of all renal biopsies /687/ performed in our clinic for that period. Data are compared to results in younger patients aged 18 to 59. I also present a comparison among different age groups of the elderly i.e. patients aged 60-69, 70-79 and over 80 years.

Acute kidney injury and nephrotic syndrome are the most common indications for performing renal biopsy. We pay special attention to the role of positive immunologic tests for antineutrophil cytoplasmic antibodies, anti-glomerular basement membrane antibodies, antinuclear, anti-double stranded DNA, anti-phospholipase A2 receptor antibodies in favor of performing the biopsy and following treatment.  Clinical course and results of therapy are presented.