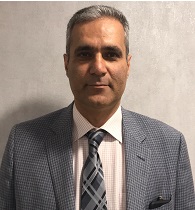 Title: The effect of vitamin E on renal scarring in children with pyelonephritis aged 3 months to 14 years

Introduction: Urinary tract infection (UTI) is the most prevalent infection of genitourinary system, especially in children. The most important type of UTI is acute pyelonephritis (APN) which in case of late diagnosis and treatment, can result in severe complications such as renal scarring. The aim of this study was to evaluate the effect of Vitamin E on renal scars in children aged 3 months to 14 years.

Materials and Methods: In this single-blinded randomized clinical trial all children aged 3 months to 14 years admitted to Bandar Abbas Pediatric Hospital in 2017-2018 due to APN (based on urine culture and clinical findings such as abdominal pain and fever diagnosed by a pediatrician) were consecutively enrolled. Dimercaptosuccinic acid (DMSA) scan was performed at baseline and 78 patients with renal scars were alternately randomized into two groups; 41 controls who received 50-75 mg/kg/day intravenous ceftriaxone during hospital stay plus 8 mg/kg/day oral cefixime after discharge for a total duration of 4 months, and 37 cases who received 20 U/kg/day Vitamin E tablets in addition to the previous treatments. Another DMSA scan was performed at the end of 4 months and the evaluation was done blinded to the grouping of patients. In addition to baseline and final DMSA results, demographic data were entered into the SPSS software for statistical analysis.

Conclusion: The results of this study demonstrate that treatment with Vitamin E for at least four months can slightly reduce renal scarring in children older than 3 years and boys with acute pyelonephritis; however, further studies and probably longer duration of treatment are required to obtain significant results.