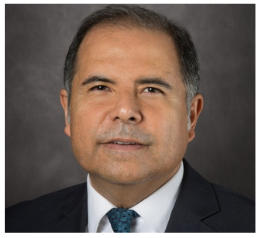 Bulent Ozpolat earned his M.D. in 1989 from Dokuz Eylül University in Izmir, Turkey. He moved to Houston in 1994 and enrolled in The University of Texas Graduate School of Biomedical Sciences at Houston where he obtained a Ph.D. in Immunology (1999), concentrating his efforts on the development of gene vaccines against breast cancer, immunoliposomal delivery systems for nucleic acids, cytokines, peptides and vaccine adjuvants. In 2000, he joined the laboratory of Immunobiology and Drug Carriers as a postdoctoral fellow under the mentorship of Dr. Gabriel Lopez-Berestein at MD Anderson where he furthered his career in cancer biology, particularly in the areas of leukemia and breast cancer, targeted therapies and nanovector delivery systems. He was promoted to the faculty position of Instructor in 2003 and Assistant Professor in 2008 in the Department of Experimental Therapeutics. In the past five years, Dr. Ozpolat has contributed to more than 20 manuscripts in peer-reviewed journals focusing on autophagic cell death (Type II programmed cell death), differentiation therapy, signal transduction and the development of targeted therapies. He has made significant contributions to the field through describing a new posttranscriptional mechanism of cell differentiation induced by retinoids; the mechanisms of autophagic cell death in breast and pancreatic cancers cells; and novel tumor-targeted carrier systems for siRNA, peptides for cancer therapy.