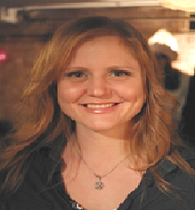 Zsófia Baji graduated as a physicist at the Budapest University of Technology and Economy in 2006, since then she has been working in the field of microtechnology with the main focus of her work on the atomic layer deposition of thin films and nanostructures, especially the multicomponent and doped oxide thin films. She studies the basic qualities as well as possible microelectronical and fluidical applications of these films.