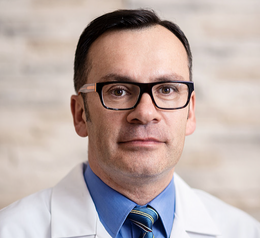 Pawel Szymanowski graduated medicine from the Medical School of Hannover and then did a specialization in gynecology and obstetrics in Germany where he worked for 15 years. He has been the head of department since 2006. His main focus over the years and still to today is urogynecology. In 2013 he moved to Poland where he has continued his work in urogynecology and operative gynecology. He is currently the head of the Department of Gynecology and Urogynecology at Andrzej Frycz Modrzewski Krakow University. In May 2017 he became the President of the Polish Urogynecological Association

More than 30% of women in the western world suffer from different urogynecological diseases like urinary incontinence and pelvic organ prolapse (POP). In cases of POP the most commonly used operative procedure is still a hysterectomy with anterior and posterior colporrhaphy even though the uterus is not the cause of the prolapse. Instead POP is a result of different defects of fascia and ligaments in the pelvic floor. These defects should be accurately detected and taken into account when planning operative treatment. There are plenty of minimally invasive and uterus preserving laparoscopic methods dedicated to these defects such as: laparoscopic hystero-, colpo-, cervicosacropexy, pectopexy, laparoscopic lateral repair and laparoscopic colporrhaphy. The use of minimally invasive, uterus preserving methods in pelvic floor repair is less of a burden for the patients and reduces the hospitalization time and recurrence rates immensely. Finally preserving the uterus is also important for the sense of body integrity and helps to avoid mental health problems