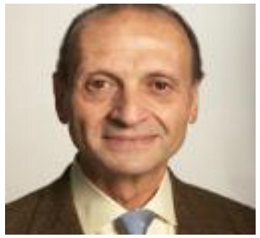 Michail Shafir MD MPH FACS, Clinical Professor of Surgery and Oncologic Sciences at Icahn School of Medicine at Mount Sinai in New York, has a long standing interest in Carcinoid and Neuroendocrine Tumors. He has written extensively on surgical treatment of neuroendocrine tumors involving multiple abdominal sites, including the gastro intestinal tract, pancreas and liver metastases, including cryoablation and radiofrequency ablation for non curatively resectable liver metastases. His work has been presented nationally and internationally

Ovarian carcinoids are extremely rare (0.1 % of all ovarian neoplasms). We report on 67 patients from a single institution from 1994 to 2015.  Most benign tumors were diagnosed at surgery for pelvic mass. 29 cases were primary and 38 were metastatic. 93% of the primary tumors were unilateral, mostly with teratomas ,struma ovarii ,trabecular, mucinous and insular . Metastatic tumors were bilateral in 72% of which half were from small bowel, (mainly mucinous adenocarcinomas with neuroendocrine differentiation). All cases had neurosecretory granules ( chromogranin, synaptophysin and 67% expressed CDX2, signaling  intestinal origin. Mean age was 48 for the benign cases and 53 for the malignant ones. Carcinoid syndrome was present in 45% of the malignant cases. Surgery was performed in 95% of the cases and adjuvant treatment in 74%. Overall survival was 86% for benign tumors and 50% for malignant ones at 5 years.

In conclusion: ovarian carcinoids have generally a more indolent course than the more common ovarian cancers and have a better survival. Carcinoid syndrome is present mainly in metastatic tumors as well as well as proliferation index (Ki67), and cytologic atypia.