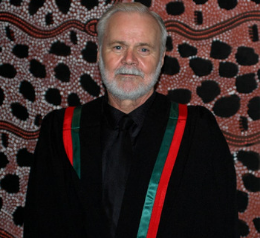 Michael J Sinosich has completed his PhD on Trophoblast Physiology and PAPP-A. His research interests include non-invasive assessment of fetomaternal wellbeing. He is the Director of Prenatal Testing (DHM Pathology) and serves as Consultant at Pictor Ltd, a developer and manufacturer of multiplexed microELISA assay platform. He has published/presented numerous papers in reputed journals and holds several patents.

Over the past decade, we have witnessed the convergence of molecular technology and physiology in the development of molecular diagnostics based on low abundance of template. Application of extracellular (or cell free, cf) DNA has impacted on every facet of healthcare, such as, prenatal screening, transplantation, oncology, regenerative and testing for infections. Furthermore, application of low template detection has been applied to food industry, environment, forensics and defence.

Presence of fetal cells in maternal circulation was first described over a century ago. By many, the holy grail of non-invasive prenatal screening is considered to be based on genomic (g) DNA derived from feto-placental cells. Target cells include fetal nucleated (fn) red blood cells (RBC), fetal leukocytes (fWBC) and trophoblast cells. For many decades, there have been numerous at developing a sustainable screening program based on gDNA.

Whilst it is generally accepted that concentration of fetal cells in maternal circulation is positively correlated to gestation, current isolation / enrichment protocols generally yield < 1 cell / mL of maternal blood. Fetal cell isolation / enrichment is based on various combinations of physico-chemical (charge, size) + positive/negative immunological confirmation. Single cells are excised by laser dissection. Whilst these processes provide single cells for genotyping, in general, the rate limiting step of immunological confirmation and laser dissection, renders these procedures non-viable for population screening. Clearly, here is situation in need for combination of microfluidics + AI.

Of the numerous efforts to develop robust fetal cell isolation workflow, most have failed to materialise and the remaining focus is now on trophoblast cells. Trophoblast cells are markedly different from blood cell components. Differences include, physical size, membrane physiology and immunological reactivities. Given that trophoblast cells are source of biochemistry markers (PAPP-A, F?hCG) and cfDNA for NIPS testing, then the same caution must be applied, ie., any positive findings based on trophoblast derived gDNA must be confirmed with definitive testing.

Conclusions: Progress towards the holy grail of non-invasive prenatal fetal genotyping has progressed immensely over the past decade. Proof of concept studies have demonstrated that preferred cellular target is trophoblast cell. Technology for single cell genomics is readily available from many commercial sources. So, the remaining challenge is to develop microfluidics applicable to population screening.