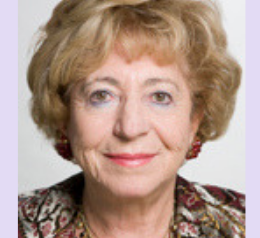 Title: Hormone pathology of the uterus

Liane Deligdisch has graduated from Medical School in Bucharest , Romania and was trained in Obstetrics-Gynecology and Pathology in Romania, Israel and in the USA : Resident at the Boston Free hospital for Women, Harvard Medical  School,  Boston Mass. and Fellowship at The Mount Sinai Medical Center, N.Y. She is a tenured Professor of Pathology and Obstetrics-Gynecology since 1986, Founder of, and Director of the Division of Gynecologic Pathology and of the Course of Gynecologic Pathology at the Mount Sinai Icahn School of Medicine (Professor Emeritus since 2017). Author of 148 peer reviewed articles, most on Gynecologic Pathology, Editor of 7 textbooks. The 8th book on Hormonal Pathology of the Uterus will be published by Springer Verlag this year. She is a member of the French National Academy of Medicine since 2007

The uterus and especially its internal layer, the endometrium are sensitive targets for steroid sex hormones, capable to modify structure and functions with promptness and versatility. Hormone therapy is used to counteract abnormal and deleterious functions or effects of “natural” hormones and is now widely prescribed being used by millions of women all over the world. It seems that most women would use at least some hormone therapy at some point of their life: adolescents and young women use hormonal contraceptives; reproductive technology for infertility includes hormonal ovulation stimulation; post-menopausal symptoms are frequently treated with hormone replacement therapy despite controversial data on their safety and efficiency; endometrial and myometrial benign and neoplastic proliferations are treated with hormone therapy, including reversal of premalignant lesions. Adjuvant breast cancer therapy with Tamoxifen is sometime associated with uterine abnormal proliferation and neoplasia.

The diagnosis of uterine tissue, mostly endometrial biopsies, from patients undergoing hormone therapy is often confusing and difficult to interpret due to the complexity of histologic changes. Permanently changing hormonal pharmaceutic products, regimens, dosages as well as new concepts of therapy are challenges for both users and medical prescribers.