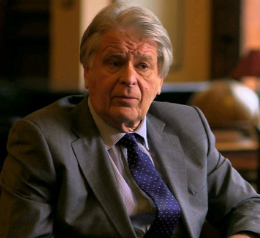 Title: Effect of hormones on depression in women

Professor John Studd, DSc,MD,FRCOG was Consultant Gynaecologist at the Chelsea & Westminster Hospital, London and also Professor of Gynaecology at Imperial College. He qualified in 1962 and has worked and trained in Birmingham. Zimbabwe and London. He was Consultant Gynaecologist in Salisbury, Rhodesia and Consultant and Senior Lecturer at the University of Nottingham. His early research was on chronic renal disease and high blood pressure in pregnancy (MD thesis) but later started the first menopause clinic in Europe in Birmingham in 1969. This hormone treatment for the menopause was so controversial at that time that the clinic was closed down for three months following protests from the BMA. However, the optimism placed in HRT has been confirmed and John Studd has continued to work on specific treatments for menopausal symptoms. He pioneered the sequential oestrogen/progestogen treatment and also the continuous combined oestrogen/progestogen non-bleeding treatment. He has championed the use of hormone implants for women with osteoporosis or with severe depressive or sexual problems after the menopause and as an almost routine route of HRT after hysterectomy. He first described the use of oestrogen patches and oestrogen implants for the treatment of severe PMS. He is also shows the efficacy of moderately high dose transdermal oestrogens for the treatment of hormone responsive depression in women, particularly post-natal depression, pre-menstrual depression, menopausal depression and post-hysterectomy depression. He has a D.Sc. for 25 years of published work on oestrogen therapy in women. He has written more than 500 scientific articles and written or edited more than 25 post-graduate books on gynaecology. He needs to write one for the public, but that is much more challenging. He is Founder and Vice-President of the Royal Osteoporosis Society and has been a Council Member of the Royal College of Obstetricians and Gynaecologists for 20 years and a Past-President of the Section of Obstetrics and Gynaecology at the Royal Society of Medicine. In 2005-2007 Professor Studd was Chairman of the British Menopause Society. He is now in fulltime private practice and runs the London PMS & Menopause Clinic at 46 Wimpole Street London W1G8SD. At the same address he has The Osteoporosis Screening Centre for the assessment and treatment of osteoporosis. In 2008 he was awarded the Blair Bell Gold Medal of the Royal Society of Medicine which is given every five years for the obstetrician/gynaecologist who has made the greatest lifetime contribution to the specialty

The effect of hormones on depression in women is recognised by most gynaecologists but it is neglected by psychiatrists.  This leads to a greater use of antidepressants or antipsychotic therapy often of doubtful benefit.

Treatment consists of transdermal oestrogens by patch or by gel often with the addition of testosterone.  The ideal dosage would be Oestrogel, three to four measures daily and testosterone gel in the form of Testogel making one sachet/tube last for a week.  In women with a uterus they should have cyclical progesterone such as a natural progesterone, Utrogestan 100mgs for the first seven to twelve days of every calendar month.  It should be stressed that these patients particularly those with PMS are often progesterone intolerant and a short course of seven day is usually prescribed rather than the more orthodox twelve days.  Ultimately these women may choose to have a hysterectomy and bilateral oophorectomy with replacement oestradiol and testosterone which invariably cures premenstrual depression and other aspects of Reproductive Depression.