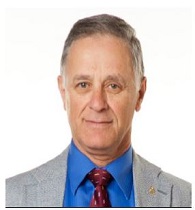 Title: Advanced catalytic Nano-materials and processes in environmentally-friendly production of chemicals and fuels from carbon dioxide

Moti Herskowitz is professor of chemical engineering and researcher in the fields of advanced materials, heterogeneous catalysis, and reaction engineering and renewable fuels. He served, among other positions, as Vice-President for R&D at the Ben-Gurion University from 2003 to 2014. Moti established the Blechner Center for Industrial Catalysis and Process Development in 1995 and has led scientific programs and technology development work ever since. Applications developed at the Blechner Center have been commercialized. Moti has published over 150 papers and 26 patents based on basic and applied research. Many publications are related to advanced catalytic materials and processes in general and their application in the production of novel renewable and sustainable fuels and chemicals in particular.