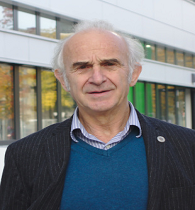 Michael W Tausch studied chemistry at the Polytechnic Institute of Bucharest, Romania, from 1967 to 1972. He subsequently studied mathematics and educational sciences in Bremen and Oldenburg, both Germany, and received his PhD from the University of Bremen in 1981. He was a teacher for chemistry and mathematics from 1976–1996. In 1996, he completed his habilitation at the University of Duisburg-Essen, Germany and became Professor for Chemistry and Chemical Education there. In 2005, he moved to the Department for Chemistry Didactics at Bergische Universität Wuppertal, Germany. He has published more than 222 papers and textbooks.