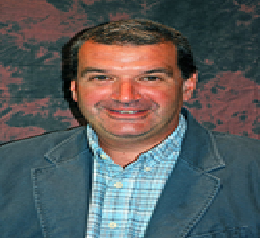 Brian Black is Distinguished Professor of Environmental Studies and History at Penn State Altoona, where he also currently serves as Head of the Division of Arts and Humanities.  He is the author or editor of several books, including the including the award-winning Petrolia: The Landscape of America's First Oil Boom (Johns Hopkins, 2003) and Crude Reality: Petroleum in World History (Rowman & Littlefield, 2014).  Black has contributed essays to more than twenty books and is the editor of a number of others, including the four-volume Climate Change: An Encyclopedia of History and Science (ABC-Clio, 2013).   In addition, he served as one of the editors the Spring 2012 special issue of the Journal of American History on “Oil in American Life,” which was inspired by the 2010 Gulf Oil Spill.  His articles have appeared in many journals, including Environmental History, Reconstruction, Pennsylvania History, Civil War History, Landscape, and the Journal of American History.  In 2016, West Virginia University Press launched the Energy and Society book series with Black as editor.