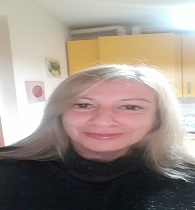 Title: The role of nurses in research biobanking: from informed consent explanation to participant moral support

Elena Salvaterra is a Jurist Doctor with a Master degree in General Psychology (2020) and a PhD in Bioethics (2004). She worked in several universities in Italy and abroad and then passed to University Hospitals (2005) where she was a researcher in Bioethics and Biolaw with a focus on human biobanking. Director of the Biolaw unit at the Biological research Centre of the Polyclinic University Hospital of Milano (2005), she moved to a pediatric research centre in 2009 where she conducted research on ethics of pediatric biobanking. Since 2014 she worked as independent researcher and consultant by collaborating with CROs and Industries of the biotech sector. She founded an educational line in biobanking in 2019 at Sintesy. She is currently working as Professor of Medical English at Kern Global which is a para-university based in Milano and dedicated to alternative medical disicplines. Author of several publications she continues to give lectures to international conferences mostly in the field of biobanking ethics and law.