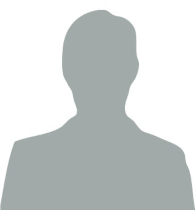 Title: The pathway of adhered erythrocytes in shear flow to ghost cells: implications for the RBCs role(s) in disease progression

RJ Asaro received his PhD from Stanford University in 1972 in the combined areas of Materials Science and Theoretical Mechanics. He was Professor of materials Science and Solid Mechanics at Brown University until 1989 when he joined the faculty as Professor at the University of California San Diego. At Brown University he pioneered novel research in the mathematical theory of plasticity of solids and fracture of solids; this long line of research involved combined theory, including advanced computational theory and experimental studies. At the University of California, San Diego he continued his research in areas related to the physics of solids and turned attention to unique studies on the use of advanced materials for large structures, most prominently ship structures; he founded a series of multi-institutional programs, the Maritech Programs, that introduced and implemented new materials in ship design and construction; and in the dynamics of larger structures subject to extreme loading such as blast loading. He then turned attention to research in the areas of biophysics and cellular biology, and in particular to the physiology of the erythrocytes. This has been his main focus for nearly 18 years now.

RJ Asaro’s research has led to the development of unique and highly advanced computational simulation models of the red blood cell that incorporates detailed molecular – biophysical detail. This theoretical development has led to novel insights into vital phenomena such as, skeletal remodeling during cell deformation; skeletal dynamics and its effects on related phenomena such as molecular transport, including the uptake of glucose and Ca++; decohesion of RBC membrane-skeleton connectivity and vesiculation; skeletal remodeling during processes of RBC flow thorough the splenic sinus and to novel understanding of the operation of the splenic sinus itself; erythrocyte adhesion and the important effects of adhesion on vital phenomena such as tether formation, vesiculation, cell lysis, and their relation to cell clearance and to the role(s) the red blood cell plays in the progression of various disease states. This research has always be closely tied to complimentary experimental verifications and in many cases the verification of specific theoretical predictions. More recently, his research has been directed toward the understanding the role the red blood plays in disease progression and perhaps disease interruption; it is this area that constitutes the subject of the present talk.