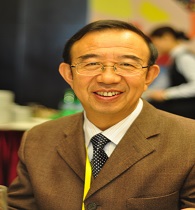 Title: The Clinical and Experimental Study on Acupuncture for Children with Cerebral Palsy

Professor LIU ZHEN-HUAN?is the deputy manager of the Affiliated Maternity and Child Care Hospital of Guangzhou University of Chinese Medicine. The director of the Rehabilitation Child of the hospital, and the Doctoral tutor of the Guangzhou The University of Chinese Medicine. Prof. Liu became one of the pediatricians who received the special state Council allowance in China in 1994, was given the title of the prominent contribute youth expert by the Healthy Ministry of China in 2002, Prof. Liu got the honour of “model worker in nationwide”. In addition, Prof. Liu is also the adjunct professor of The Chinese university of Hong Kong and Pharmacy and the Health Institute of the Indonesian Ministry of Health. Professor Liu is a famous Pediatric Neurology /Acupuncture Doctor in The world. Prof. Liu has the experience 38 years specializing in Chinese medicine and Western medicine-pediatrics studies and 26 years in rehabilitation for cerebral palsy. He founded the Rehabilitation Centre for Cerebral Palsy of the Affiliated Maternity and Child Care Hospital of Guangzhou University of Chinese Medicine?which is one of the world's renowned medical departments. Since foundation, it has received more than 30,000 children with mental retardation and children with cerebral palsy from 20 countries, including China, the United States, Japan, the United Kingdom, New Zealand, Singapore, Poland, etc. Prof. Liu has also actively involved in the academic field. Since 1993, he has been giving seminars and academic exchange programs with world-renowned scholars from Oxford University, Cambridge University, in the field of the application and assessment of the application of acupuncture treatment for brain and cerebral palsy rehabilitation in children throughout the world such as The United States, the United Kingdom, Spain, Australia, Norway, and so on.