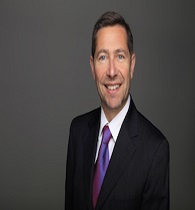 Title: Challenges and opportunities of paediatric development in Psychopharmacology

Philippe Auby is a Child and Adolescent Psychiatrist. He started his residency training in Psychiatry in 1986 and received his MD from the Toulouse University of Medicine, France. In 1989 and 1990, he worked as a psychiatrist in South East Refugee Camps in Thailand. His main research interests are in child and adolescent psychiatry, consultation/liaison psychiatry, and inter-cultural psychiatry. In 1996, he moved to the pharma industry, focusing between 2004 and 2016 on pediatric clinical development. Since 2016, he is CEO & President of Otsuka Pharmaceutical Development &Commercialization Europe.