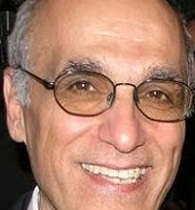 Hashem Akbari is a Professor at Concordia University (Montreal, Canada). Prior to joining the Concordia University he was the Leader of the Heat Island Group, Senior Scientist, and Principal Investigator in the Environmental Energy Technologies Division at LBNL. He has obtained his PhD in engineering from the University of California, Berkeley. As the leader of the Heat Island Group, he has been instrumental in the organization and initiation of the group at LBNL, funded by the US Department of Energy, Environmental Protection Agency, California Energy Commission, and several other sources. He is the author of more than 200 articles and coauthor of four books, and chief editor and editor of several scientific journals. He is the founding organizer of CRRC and ex-officio member of its Board of Directors; and an active member of ASHRAE, ASTM, and ASME.