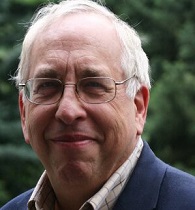 Donald J. Wuebbles is the Harry E. Preble Professor of Atmospheric Science at the University of Illinois. He is also a Presidential Fellow at the University of Illinois, with the aim of helping the university system develop new initiatives in urban sustainability. From 2015 to early 2017, Dr. Wuebbles was Assistant Director with the Office of Science and Technology Policy at the Executive Office of the President in Washington DC, where he was the White House expert on climate science.  He was Head of the Department of Atmospheric Sciences at the University of Illinois from 1994 to 2006. Dr. Wuebbles led the development of the School of Earth, Society, and Environment, and was its first director. While Department Head, he led the development of two highly successful undergraduate programs, one in Atmospheric Sciences, and the other, an interdisciplinary major, in Earth, Society and Environmental Sustainability (ESES).