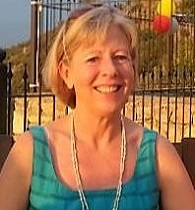 Lena trained in Manchester and qualified as a Physiotherapist in 1982.  She has worked in oncology since 1993 at The Christie Cancer Centre in the North West of England. She was a member of the national Association of Chartered Physiotherapists in Oncology and Palliative Care (ACPOPC) committee for 7 years. She has been involved in many projects and national initiatives some of which include writing the Rehabilitation chapter in the NICE Supportive & Palliative Guidelines, co-ordinating the Willie Fourie Connective Tissue courses aimed at breast cancer patients and production of the ‘Be active, Stay active’ exercise booklet and film. She became interested in the management of Metastatic Spinal Cord Compression (MSCC) in the late 1990s and was one of the founders of the steering group in Greater Manchester and Cheshire.  This has resulted in comprehensive MSCC guidelines, the ‘Red Flags’ alert card and publication of this project. In 2014 she developed the innovative MSCC service which has resulted in a coordinated pathway and service for patients and has led to significant improvements in early diagnosis, treatment and survival.