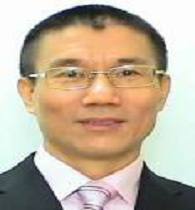 Ming joined the GEF in 2008. During the first two years at the GEF, he developed the System for Transparent Allocation of Resources (STAR), a new system to allocate GEF resources to recipient countries. Since 2010, he has been working as Sr. Climate Change Specialist. Prior to joining the GEF/World Bank Group, Ming worked for four years as Energy and Environment Economist, Energy Technology Economist for the International Energy Agency of the OECD in Paris. Before that, he had worked for the Asian Development Bank as Energy Adviser and Climate Change Specialist for two years. Ming is good at quantitative analysis in issues related to economics, engineering, technology and climate change. Over the past two decades, he has about 100 articles and six books published in those areas. Ming holds a Ph.D. in energy economics and planning from the Asian Institute of Technology in Bangkok jointly with l'Institut d'Economie et de Politique de l'Energie (IEPE), Université des Sciences Sociales, Grenoble, France.