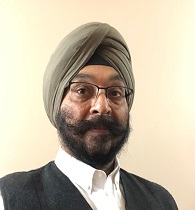 Inder has completed his PhD in the year 1984 at the age of 25 years from Lucknow University located in Northern India in the field if pharmacology and synthetic chemistry. He is the founding president and CEO of SBI group of companies dedicated to environmentally friendly research-based technology development and commercialization. He has several patents to his credit ranging from new pharmaceutical molecules to advanced intermediates manufacturing and catalytic processes. SBI’s state of the art technology development and scale-up facility is located on a 2.5-acre lot in Edmonton Research Park.

Inder moved with his better half, his class mate Dr. Shradha Singh and a newborn son to Edmonton in 1987 to join UofA as a post doctoral fellow and then moved into a Japanese pharma subsidiary as a R&D manager. During his time in India and first 10 years of employment Inder developed several new drug molecules and manufacturing process that became commercial. In 1998 Inder and Shradha decided to start a new venture in the custom synthesis of advanced pharmaceutical intermediates and custom catalyst development. The company AIMS Fine Chemicals, predecessor of SBI served clients in every continent specially in the pharma and electronics field.