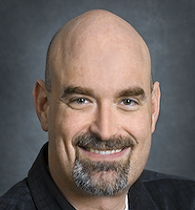 Title: Driving the Future - Integrated Conversion Approaches for the Production of Advanced Biofuels at the Joint BioEnergy Institute

After earning his B.S. in chemical engineering from the University of Washington in 1997, Dr. Simmons continued his studies at Tulane University and received his doctorate in the same field in 2001. Dr. Simmons worked as part of the Senior Management team at Sandia National Laboratories for 15 years, most recently serving as the Senior Manager of Advanced Biomanufacturing as well as the Biomass Program Manager. He joined Lawrence Berkeley National Laboratory in February of 2016 as the Division Director of Biological Systems and Engineering. He is an Adjunct Professor at the University California-Berkeley and the University of Queensland in Australia. He also serves as the Chief Science and Technology Officer and Vice-President of the Deconstruction Division at the Joint BioEnergy Institute (www.jbei.org), a DOE Office of Science funded project tasked with the development and realization of next-generation "drop-in" biofuels and bioproducts produced from sustainable, non-food lignocellulosic biomass. He has over 350 peer-reviewed publications and his work has been featured in the New York Times, BBC, the Wall Street Journal, the San Francisco Chronicle, CNN, Fast Company, and the KQED televised science program Quest.