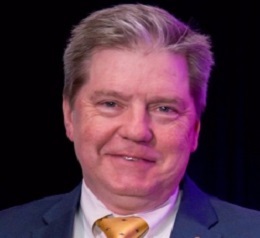 Wolfgang Bauer obtained his Ph.D. in Physics in 1987. He joined the faculty at Michigan State University in 1988, with a dual appointment at the National Superconducting Cyclotron Laboratory. In 2007 he was named University Distinguished Professor. He has served the university in various administrative roles: Chairperson of the Department of Physics and Astronomy 2001-2013, Founding Director of the Institute for Cyber-Enabled Research 2009-2013, Senior Consultant 2013-2018, and Associate Vice President for Administrative Services since 2018. For the last decade his primary research interests have been in renewable energies and mitigation of global warming. He is one of the authors of the MSU Energy Transition Plan. Dr. Bauer serves on various Boards in the USA and Europe. His numerous awards include the 1992 US Presidential Faculty Award, the 1999 Alexander-von-Humboldt Foundation Distinguished Senior U.S. Scientist Award, and Fellowship in the American Physical Society in 2003.