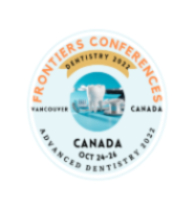 Suryani Dyah Astuti, was born in Klaten. The main field of undergraduate and postgraduate study is in the Department of Physics, Faculty of Science and Technology and Biomedical Engineering, Graduate School, Universitas Airlangga Indonesia. He obtained his S.Si in Physics at Gadjah Mada University and M.Si in Physics at the Bandung Institute of Technology in 1994 and 1999, respectively. Then he continued his Master's Degree (Dr) Physics at Universitas Airlangga Indonesia and obtained the title of Dr. in 2011. Right after that, in December 1994 he got an offer to join the Department of Physics, Faculty of Mathematics and Natural Sciences. Science, Universitas Airlangga Indonesia. He currently serves as a Professor in the Department of Physics, Faculty of Science and Technology, Airlangga University. He now has around 15 years experience in Photodynamic Therapy (PDT) and light source instruments. Its scientific production accounts for more than 150 papers, and about 56 of them are published in high-ranking international peer-reviewed journals and proceedings. He produced the inventor of 12 national patents and he gave invited talks at national and international conferences. In professional organizations, he is currently a member of the Indonesian Physicists Association (HFI) and the Indonesian Medical Physicist Association (AFISMI). His current researches are photobiomodulation, photosensitizer for PDT, ozone technology for decontamination of food and herbal medicines, electronic nose technology for food quality detection and biomedical applications.